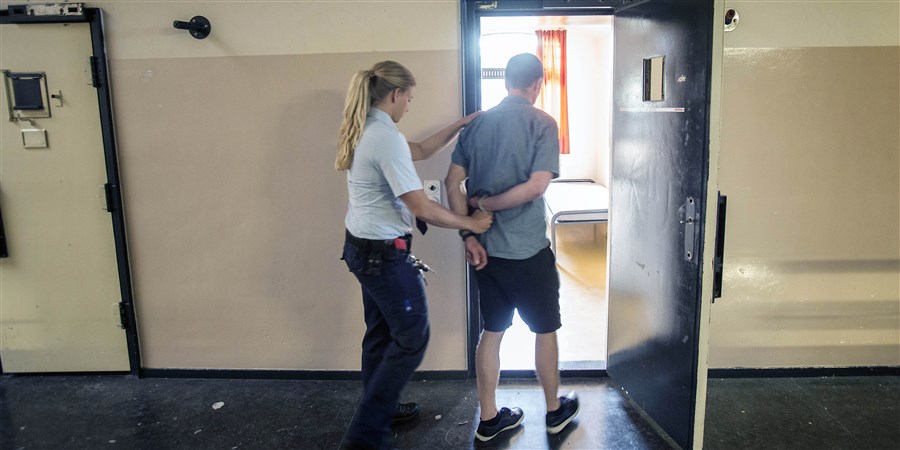 In 2021, the prison population in the Netherlands stood at 29,370. This represented an increase of 8 percent relative to 2020, when it stood at 27,300. The 2020 measures in response to coronavirus had an impact on the number of detainees that year. The prison population has declined over the past fifteen years. In 2007, there were nearly 48,000 people in detention. This is in line with a drop in recorded crime and a decrease in the number of people reporting having been victims of traditional crime.

Over the last six years, fewer young people (18 to 24-year-olds) were in detention than in previous years. The proportion of 45 to 64-year-olds has increased. Around 60 percent of detainees were between 25 and 45 years old.

In recent years, the proportion of inmates with a sentence length of one year or more has increased. In the past three years, 66 percent of detainees had a sentence of one year or more. This was still 55 percent in 2007-2009. Especially in 2020, fewer people ended up in prison for lighter offences as a result of the coronavirus measures .

Detainees in older age groups generally have longer prison sentences than younger detainees. For example, half of inmates aged 65 or over had a prison sentence of three years or more in the past 15 years. In the youngest age group (18 to 24 years), 21 percent had this sentence. Conversely, prisoners in the younger age groups are more likely to have short sentences than older prisoners.

Half of the detainees had an imposed custodial sentence or substitute custody/coercive measure as of 30 September 2021. 40 percent of the detainees were in pre-trial detention and 6 percent were in an institution for habitual offenders. These proportions have remained almost constant over the past 15 years.

Health spending per capita second highest in the EU