JERUSALEM – Former Israeli Prime Minister Benjamin Netanyahu looked set to return to power on Wednesday after an unprecedented fifth general election in less than four years on Tuesday gave his Likud Party, and others loyal to him, a narrow majority in the country’s parliament, the Knesset.

A victory for the longest-serving Israeli leader, who was ousted to the opposition more than a year ago, means he will now be able to form a stable and ideologically aligned coalition, which critics are already calling the most right-wing government in Israel’s 74-year history. With over ninety percent of the votes counted it looks like the Likud leader will be asked to form the next government.

In his celebratory speech as the results became clearer, Netanyahu thanked those who supported him and called the win a “massive vote of confidence from the Israeli public.” He also declared he would form a coalition with the “national camp,” a collection of controversial right-wing religious and ultra-Orthodox Jewish parties that have committed to join him in forming a strong and stable government. 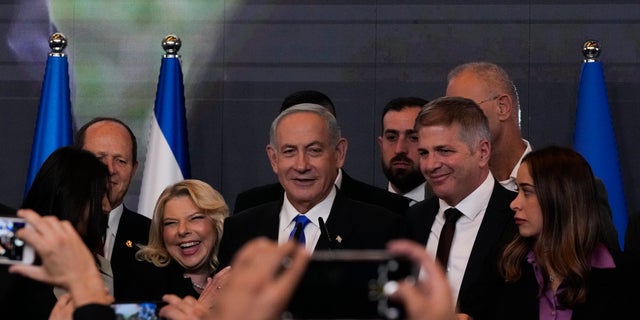 Benjamin Netanyahu is on the verge of becoming Israel’s next prime minister. Netanyahu is expected to lead a coalition with the support of nationalist and religious parties. Netanyahu greeted supporters Tuesday night at Likud’s HQ in Jerusalem, Israel. (AP Photo/Maya Alleruzzo)

“The way I see it is that this is the biggest political victory that Netanyahu has ever achieved, at least since his first victory in 1996 and at least in terms of the numbers, Aviv Bushinsky, a political commentator and a former chief of staff for Netanyahu, said in an interview with journalists.

In the days leading up to the vote, Netanyahu traveled the length and breadth of the country urging the Israeli public to go out and vote after predictions of public fatigue and apathy suggested there would be a low turnout at the polls. His hard work appeared to pay off Tuesday, with official figures showing Israeli voting patterns were the highest in 20 years and many of those casting ballots came from the right of the political map.

Also giving him a massive boost was the rise of a once-marginalized far-right nationalist conglomeration of parties united under the banner of Religious Zionism. The faction, which looks set to become the third-largest party in the Knesset, is now the potential kingmaker of this election with the power to crown Netanyahu prime minister. 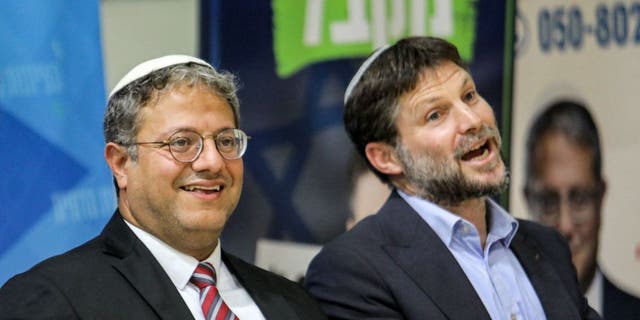 Itamar Ben-Gvir and Bezalel Smotrich are expected to be part of any new government led by Netanyahu. Their ultra-nationalist party is presently the third-biggest vote getter following Tuesday’s election in Israel. (GIL COHEN-MAGEN/AFP via Getty Images)

Two prominent members of Religious Zionism are Bezalel Smotrich, a former transport minister in Netanyahu’s previous government, and Itamar Ben-Gvir, a lawyer with a criminal record and a disciple of the late American Rabbi and parliament member Meir Kahana. Kahana was assassinated by a terrorist in New York in 1990. Both men have sparked controversy in Israel and abroad for their extremist views, particularly towards Israel’s Arab population and over plans to reform the country’s judicial system, which they claim is corrupt, biased and far too powerful.

While Israel’s parliamentary system means that no single political party can win an election outright, the largest party is usually the one afforded the first chance to try forming a coalition with other factions. It is a complicated jigsaw of smaller parties that typically align with similar ideologies.

However, Netanyahu, who is also embroiled in a high-profile criminal trial over allegations of breach of trust, bribery and fraud, has struggled over the past four years to put together an ideologically aligned coalition as many of his traditional allies have refused to overlook his legal woes.

ISRAEL ELECTION: WITH DIVISIONS DEEPENING, ISRAELIS TO DECIDE IF NETANYAHU SHOULD RETURN TO POWER

Now, however, Netanyahu has the option of joining forces with Religious Zionism, which he has committed to doing so throughout his campaign, despite concerns raised by Israel’s supporters in the United States, including the administration of President Biden. 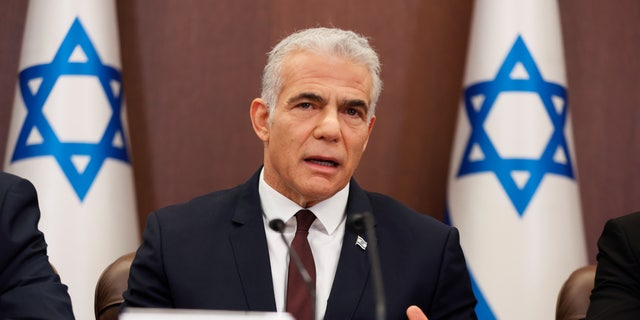 Gayil Talshir, an expert in political science who previously headed the Center for Senior Training at the School of Public Policy and Government at the Hebrew University of Jerusalem, said that the rise of the Religious Zionism party in Israeli politics was crucial and similar to what has happened in some countries in Europe.

“We call this populism in power and what happens is that the ruling party ends up actually adopting the national conservative kind of ideology that pushes its ideology to the right,” she said.

“What we saw with yesterday’s election is the rise of an extreme right-wing party in Israel, like we know from other national democracies in Europe and I think this will now be a fixture of Israeli politics from now on,” said Talshir.”It’s not going to go away even when Netanyahu, who is 73 years old, finally departs from Israeli politics.”

Ruth Marks Eglash is a veteran journalist based in Jerusalem, Israel. She reports for Fox News Digital and covers the Middle East and Europe. She is a Senior Correspondent for Jewish Insider and previously served as the Deputy Bureau Chief for The Washington Post and as Deputy Managing Editor and senior reporter for The Jerusalem Post. Originally from the U.K, she has also freelanced for numerous news outlets including the Huffington Post, USA Today, and the Christian Science Monitor. Ruth can be followed on Twitter @reglash