Prime Minister Rishi Sunak plans to crack down on “woke” policing, pushing authorities to be “fighting actual crime in people’s neighbourhoods, and not policing bad jokes on Twitter.”

Sunak’s government hopes to emulate the efforts of Stephen Watson, chief of the Greater Manchester Police, who has successfully rehabilitated two police departments in recent years, according to The Telegraph. Watson reportedly implemented a policy requiring officers to go out on patrol more often and demanding that every crime lead be investigated.

“We want to get officers on to the front line doing what they are supposed to do which is preventing and solving crime. The chief constable of Greater Manchester has done a great job on that. We want to see what Greater Manchester have done replicated across other forces,” a source within Sunak’s government told The Telegraph.

Recent incidents have seen U.K. police arresting citizens for social media posts determined to “cause anxiety,” among other things. 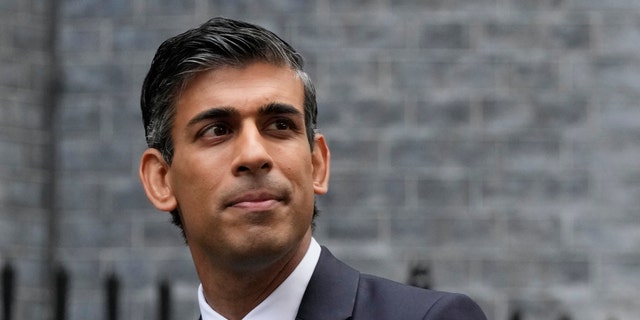 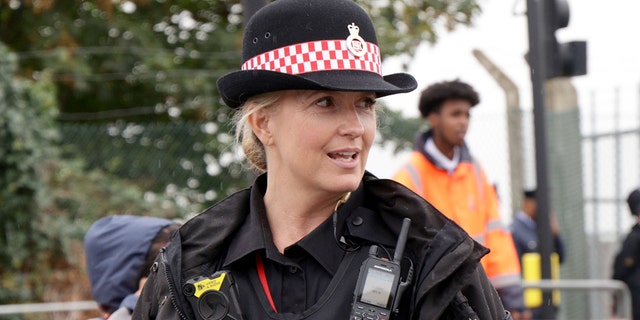 Shocking footage revealed in August showed Hampshire police arriving at a British Army veteran’s home to arrest him after the man had shared a social media post criticizing the LGBT Pride movement.

The post, originally shared by British actor and leader of the British Reclaim Party Laurence Fox, showed a Pride flag transitioning into a Swastika. Fox said the post was a commentary on the authoritarian nature of the movement.

The veteran, Darren Brady, shared the post, and officers soon arrived at his home demanding that he either agree to attend an “educational course” or be arrested. Brady said he would think it over and then called Fox, who then arrived to film the incident.

“I don’t understand. I posted something that he posted,” Brady told police. “You come to arrest me. You don’t arrest him. Why has it come to this? Why am I in cuffs over something he shared, then I shared?”

“Because someone has been caused obviously anxiety based on your social media posts,” the officer responded. “That’s why you’ve been arrested.” 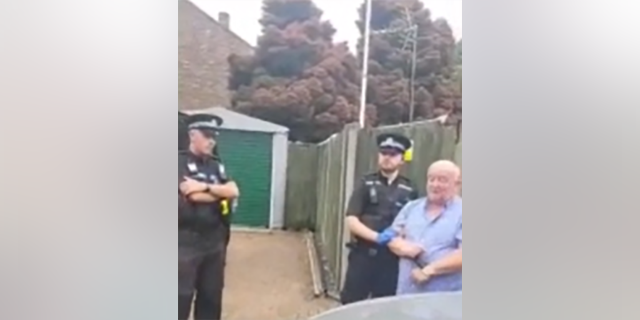 Hampshire police with Army veteran Darren Brady in handcuffs outside his home.  (@thereclaimparty)

Hampshire Police and Crime Commissioner Donna Jones later appeared to condemn the actions of her officers in a statement to The Epoch times after the story gained media coverage.

“When incidents on social media receive not one but two visits from police officers, but burglaries and non-domestic break-ins don’t always get a police response, something is wrong,” she said. “This incident has highlighted a really topical issue which Hampshire Constabulary and other police forces need to learn from.”

Anders worked as a White House correspondent for the Daily Caller before joining Fox News Digital in 2022. There, he covered the opening months of former President Donald Trump’s response to the COVID-19 pandemic, as well as the fallout of the 2020 election.

Since joining Fox, he has covered national politics extensively, including the 2022 midterm elections and President Biden’s efforts to counter global adversaries like Russia and China.

Anders also covers major breaking news events, such as the July 4 shooting in Highland Park, Illinois.Send tips to Anders.Hagstrom@Fox.com, or on Twitter: @Hagstrom_Anders