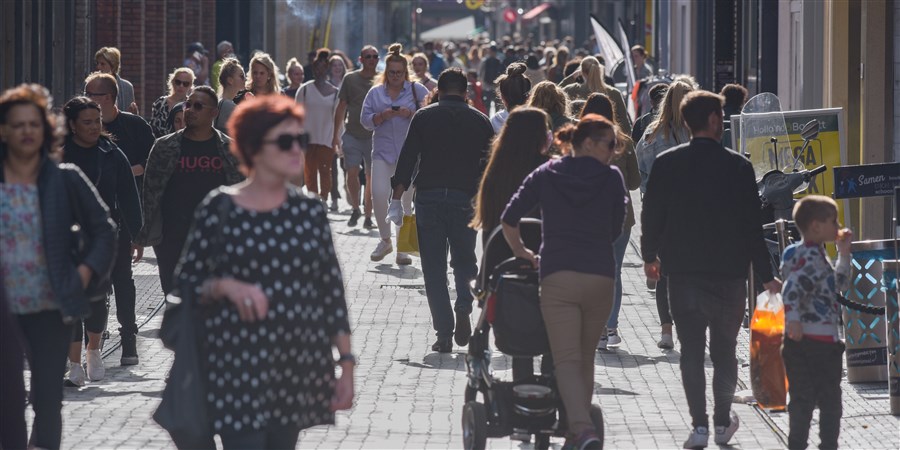 The Business Cycle Tracer is a tool to monitor the state and the cycle of the Dutch economy. It presents a coherent macroeconomic picture of the past month or quarter, based on all the figures published by CBS. However, it does not apply equally to all households, enterprises or regions.

Households spent 4.1 percent more in August 2022 year on year, adjusted for price changes and number of shopping days. They again spent more on services, but less on goods. Household consumption growth was slightly lower than in the preceding month.

The volume of investments in tangible fixed assets was 3.1 percent larger year on year. This is mainly because investments in buildings, machinery and passenger cars were up. However, investments in infrastructure were lower than in August 2021.

In August 2022, the total volume of goods exports was up by 2.5 percent year on year. Growth is slightly larger than in the previous month. The increase over August was mainly seen in exports of machinery and appliances.

In August 2022, the average daily output generated by the Dutch manufacturing industry was up by 5.9 percent on August 2021. Growth has been fairly stable over the past three months, but smaller than in the preceding months.

In September, owner-occupied dwellings (excluding new constructions) were on average 9.4 percent more expensive than in the same month last year. The price increase was 11.9 percent in August. It is the fifth consecutive month that price growth has levelled off.

In Q2 2022, the number of hours worked adjusted for seasonal effects was 2.6 percent higher than in Q1 2022. Total hours worked by employees and self-employed people over Q2 2022 amounted to approximately 3.7 billion.

In September 2022, there were 382 thousand unemployed. Just as in August, this was equivalent to 3.8 percent of the labour force. From July through September, unemployment rose by an average of 14 thousand per month.

In Q2 2022, turnover at temporary employment and job placement agencies rose by 0.7 percent relative to the previous quarter.

According to the second quarterly estimate conducted by Statistics Netherlands (CBS) on the basis of currently available data, in Q2 2022 gross domestic product (GDP) grew by 2.6 percent relative to the previous quarter. Investments and the balance of trade (exports minus imports) contributed the most to economic growth. Household consumption also made a positive contribution.

GDP was up by 5.1 percent relative to Q2 2021. Household consumption, the trade balance and investments contributed to the growth in particular.