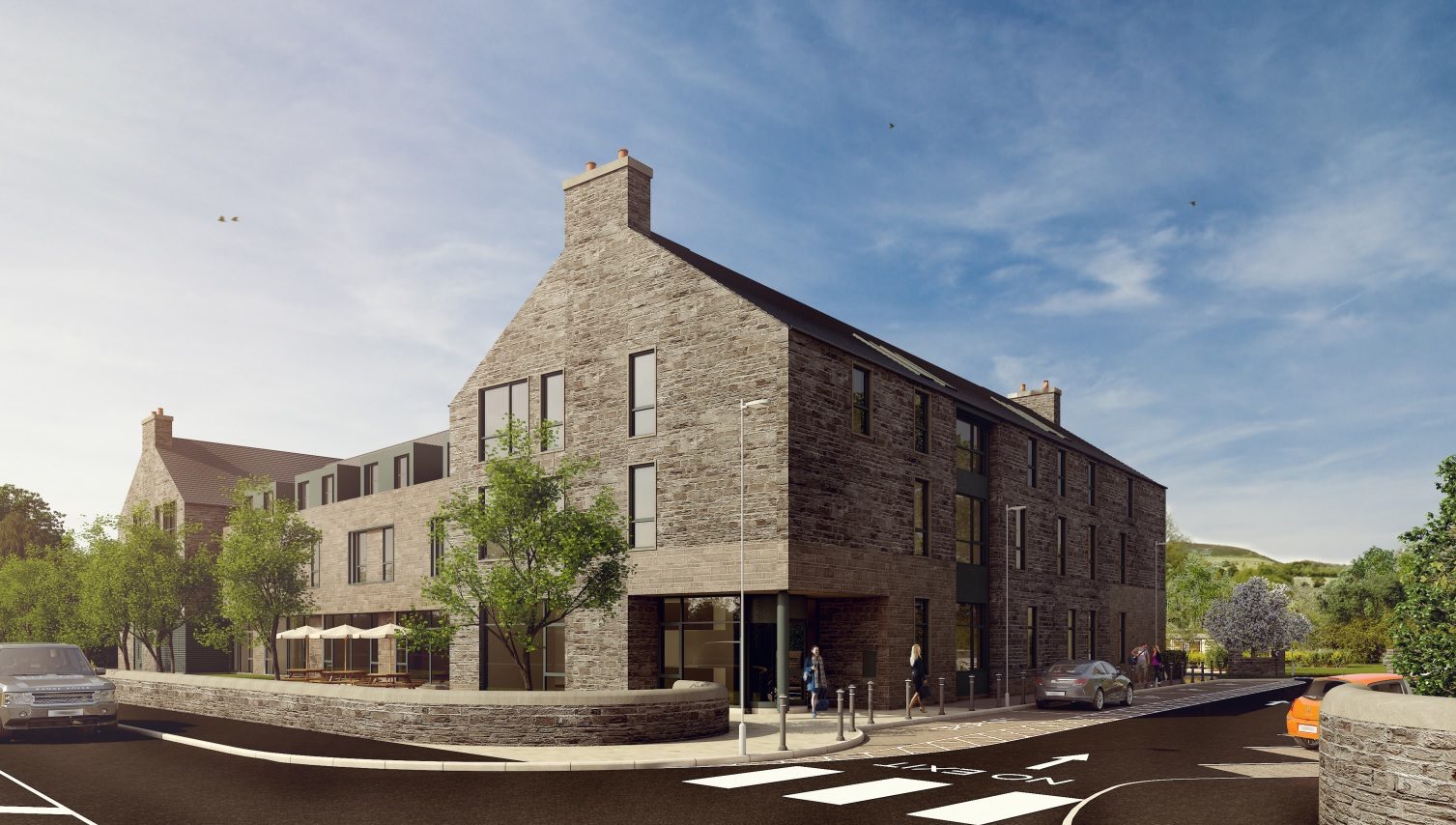 Construction has started on a £5m design and build contract for a new three storey, 60-bedroom, boutique-style hotel for GiGi Developments, on the site of the former Rising Sun Hotel in Derbyshire village of Hope.

The hotel, complete with restaurant and bar, will be operated by Bike and Boot and follows the company’s successful first venture opening in Scarborough. The completed hotel will target bikers, walkers and their canine companions and will open in the Summer of 2022.

The build is being undertaken by construction company Harris CM.

Jason Adlam, CEO at Harris CM, said: “We are delighted to be involved with this project which will see the re-development of the site of an eighteenth century coaching inn that closed its doors in March 2017.

“We’re looking forward to once again working with AAD Architects, MAC Construction Consultants and Adept Civil and Structural Consulting Engineers to deliver this stunning project in the heart of the Peak District National Park.”

Chris Green, of GiGi Developments, added: “Our team has worked hard to devise a scheme that is appropriate to its surroundings, but which will deliver much needed new hotel rooms in the Peak District, creating jobs and boosting the local economy.

“With staying visitors spending an average five times more than day visitors, clearly encouraging overnight stays is crucial to the future of the Peak District.”

Simon Kershaw, of Bike and Boot Hotels, said: “We are delighted to be bringing Bike & Boot to the Peak District following on from the success of the Scarborough hotel which opened in 2019. Bike & Boot is a new leisure hotel fit for the 21st century, offering great value and facilities for leisure breaks.

“The Peak District is an ideal place for us to introduce the second Bike and Boot hotel, one of a number planned over the next few years.”